Ways to Think Outside the Box 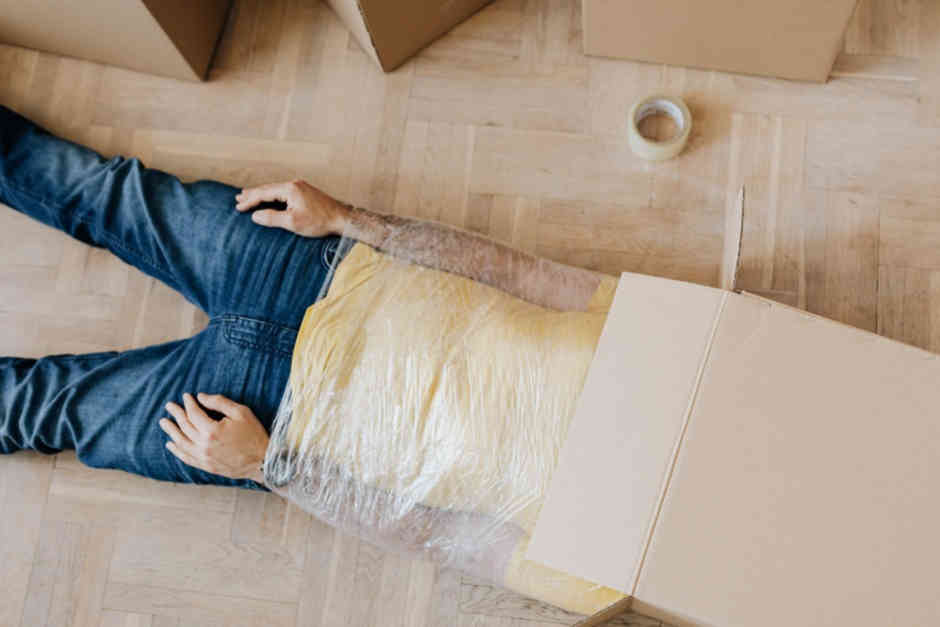 Thinking outside the box is more than just a business cliché. It means approaching problems in new and innovative ways; conceptualize problems differently; and understand your position in relation to a particular situation in a way you would never have thought of before. Ironically, it’s a cliché which means thinking about cliché situations in a way that isn’t cliché.

Thinking outside the box begins long before we are “locked-in” – that is, long before we face a unique situation and start forcing it into a familiar “box” that we already know how to handle. Or at least think we know how to cope.

Here are 11Ways to Think Outside the Box. Make an effort to push your thinking to and beyond its limit every now and then – the talents you develop can come in handy the next time you face a situation that “everyone knows” how to solve.

I learned as much about teaching by learning about marketing as I did studying pedagogy – maybe more. Go to the library and pick up a trade magazine in an industry other than your own, or grab a few books from the library and find out how things are done in other industries. You may find that many of the issues that people in other industries face are similar to yours, but that they have developed very different ways of solving them. Or you may well find new links between your own industry and the new one, links which may well be the basis for innovative partnerships in the future.

2. Learn about another religion.

Religions are the way humans organize and understand their relationships not only with the supernatural or the divine but with each other. Learning how these relationships are structured can teach you a lot about the relationships between people and the world around them. Starting to see reason in another religion can also help you develop your mental flexibility – when you really look at all the different ways that people understand the same mysteries and the fact that they usually manage to survive regardless of what. they believe you begin to see the limits of any dogma or doxy that you follow, a revelation that will carry over into the non-religious parts of your life a bit.

Learning a new subject won’t just teach you a new set of facts and figures, it’ll teach you a new way of seeing and making sense of aspects of your daily life or the society or natural world you live in. will help you broaden both the way you view the problems and the range of possible solutions you can find.

4. Read a novel in an unknown genre.

Reading is one of the great mental stimulants in our society, but it’s easy to get into a rut. Try reading something you would never have touched otherwise – if you read literary fiction, try a mystery or science fiction novel; if you read a lot of detective novels, try romance; etc. Pay attention not only to the story but also to the particular problems the author faces. For example, how does the fantasy writer get around your normal skepticism about magic and draw you into his story? Try to relate these problems to the problems you are having in your own field.

While most problem-solving relies heavily on our brain’s logical centers, poetry seamlessly connects our more rational left brain through more creative right-brain processes and processes. Even though that might sound silly (and getting the comfortable feeling like being foolish can be another way to think outside the box), try writing a poem about the problem you are working on. Your poem doesn’t necessarily have to offer a solution – the idea is to move your thinking away from the logical centers of your brain to a more creative part of the brain, where it can be reflected non-rationally. Remember that no one should ever see your poem …

Drawing a picture is even more cerebral on the right and can help break your logical left brain’s hold on a problem much much like a poem. In addition, visualizing a problem engages other ways of thinking that we don’t normally use, giving you another creative boost.

Turning something upside-down, either physically by turning a piece of paper or metaphorically by reinventing it, can help you see patterns that would not be apparent otherwise. The brain has a bunch of pattern-making habits that often obscure other, more subtle patterns at work; changing the direction of things can mask the most obvious patterns and lead to the emergence of other patterns. For example, you might ask what a problem would look like if the least important outcome was the most important, and then how you would try to resolve it.

Just like flipping something, working backward breaks the brain’s normal conception of causation. This is the key to planning backward, for example, where you start with a goal and think back through the steps needed to reach it until you get to where you are.

I don’t buy into the idea that children are inherently more creative before society “ruins” them, but I do know that children think and speak with ignorance of convention which is often helpful. Ask a child how they might tackle a problem, or if you don’t have a child around, think about how you might rephrase a problem so that a child might understand it if one was. available. Don’t rush and build a boat made of cookies because a kid told you – the idea isn’t necessarily to do what the kid says, but to push your own thinking down a path more unconventional.

If you’ve ever seen a video of Jackson Pollock’s painting, you’ve seen a masterful painter consciously inviting chance into his work. Pollock exercises great control over his brushes and paddles, in the service of capturing the drips and splashes of paint that make up his work. Accept mistakes and incorporate them into your plans, develop strategies that allow for random entry, work amid chaotic juxtapositions of sound and form – all of this can help move beyond everyday thought patterns into the sublime.

There is a weird kind of psychic connection between showering and creativity. Who knows why? Maybe it’s because your mind is on other things, maybe it’s because you’re naked, maybe it’s the hot water that relaxes you – it’s a mystery. But a lot of people swear by it. So maybe when the status quo response to a circumstance just doesn’t work, try taking a shower and see if something remarkable doesn’t come to mind!

Do you have strategies for thinking outside the box? Share your tips with us in the comments

Tips for a Successful Recruitment Fair

Jul 20, 2021 Admon
We use cookies on our website to give you the most relevant experience by remembering your preferences and repeat visits. By clicking “Accept All”, you consent to the use of ALL the cookies. However, you may visit "Cookie Settings" to provide a controlled consent.
Cookie SettingsAccept All
Manage consent

This website uses cookies to improve your experience while you navigate through the website. Out of these, the cookies that are categorized as necessary are stored on your browser as they are essential for the working of basic functionalities of the website. We also use third-party cookies that help us analyze and understand how you use this website. These cookies will be stored in your browser only with your consent. You also have the option to opt-out of these cookies. But opting out of some of these cookies may affect your browsing experience.
Necessary Always Enabled
Necessary cookies are absolutely essential for the website to function properly. These cookies ensure basic functionalities and security features of the website, anonymously.
Functional
Functional cookies help to perform certain functionalities like sharing the content of the website on social media platforms, collect feedbacks, and other third-party features.
Performance
Performance cookies are used to understand and analyze the key performance indexes of the website which helps in delivering a better user experience for the visitors.
Analytics
Analytical cookies are used to understand how visitors interact with the website. These cookies help provide information on metrics the number of visitors, bounce rate, traffic source, etc.
Advertisement
Advertisement cookies are used to provide visitors with relevant ads and marketing campaigns. These cookies track visitors across websites and collect information to provide customized ads.
Others
Other uncategorized cookies are those that are being analyzed and have not been classified into a category as yet.
SAVE & ACCEPT